Since our presentation a couple of weeks ago on the BioTe method of hormone optimization, I started thinking of my own experience with hormone balancing. It has taken a lot of different forms since I like to experiment on myself.

In my early 40s I was taking classes with an herbalist. For foundational support, she recommended I drink dandelion root tea, then use a rotation of herbal infusions including Oatstraw, Nettles, and Redclover. It worked! My cycles stretched out from 23-26 days long to 28 days on the dot. That was fun and inspirational for what simple plants can do for us!

When I was in my late 40s I had some night sweats and PMS—specifically mood swings and difficulty sleeping during the nights close to my periods. I took oral Progesterone which took care of those symptoms and was wonderful for my sleep in general. I’ve called progesterone my 1st hero because it makes so many people happy.

I skipped 2 periods over 18 months at 52 or 53 years of age. They continued on a regular basis though were getting lighter all the time. Then all of the sudden I started getting night sweats. I realized my estrogen was getting low. I had caused a Progesterone dominant state in myself and knew I needed to stop the Progesterone. I continued to have periods, but they were getting lighter and lighter.

Just when I was thinking smugly to myself that I might wait until I was 55 to stop having periods, I had a very stressful crisis. That was the end of my periods, though I waited at least a year, thinking “Aunt Flo” would surely show up again. Some people are happy to be done with menstruation, but I sort of enjoyed the cycles of nature having her way with me. I also saw menopause as a sign of aging—one I wanted to put off. Looking back, I feel silly for having a competitive and vain goal of late menopause.

Through an experiment with a 24-hour urine hormone metabolite test, I found that my estrogen was very low while my 16 and 4 hydroxy Estrones were higher than the 2 hydroxy Estrone. These indicate that I had a higher risk of breast cancer and cardio vascular disease. (Unfortunately, not a surprise as I have a family history of breast cancer on both.) I started using more anti-oxidants and some DIM but also decided to add some estrogen in. Though I wasn’t having night sweats or hot flashes or gaining weight, I felt like I could improve my memory. And again, vanity reared its head and called me to minimize thinning skin and wrinkles with the estrogen.

I had some Climara patch samples so I used some of those and balanced it with Progesterone compounded capsules.

When I ran out of samples, I started a combination Biestrogen with Progesterone and Testosterone vaginal cream. Never did I have severe symptoms that I really noticed but it was great to have some libido back again and less vaginal drynesss.

2 1/2 years ago I finally decided to add hormone pellet therapy to my list of services. I’d been hearing high ratings by clinicians at conferences and two women approached Dana Ericson, a CNM mutual friend, who invited me to meet with them. They were asking us to provide a good local option for hormone pellets, touting their mental, physical, and sexual benefits. They both were driving 3-4 hours to get them from clinicians out of town. After researching pellet companies, I decided to go with BioTe because of their quality control and professional support and training.

What a surprise!  A week or 2 after my pellets were inserted at training, I realized I had stopped crying at yoga and having “down days”. I had thought that was “just me”. I was having a little more energy too and noticed my libido was better—maybe even better than I wanted it to be! I was coming back from a vacation with my then-boyfriend (who I was frankly a little tired of) and was tired from the travel. I was ready to go right to sleep that night but…then all he did was stroke my arm lightly and I was READY for some ACTION!

Early in my practice I was planning on helping people balance hormones with nutrition, lifestyle, and herbal support which I still love to do. But with the highly stressful world we live in, some people (as it turned out, me included) need a little leg up, or to “prime the pump” with some hormone supplementation. I and my patients have had more success with the BioTe pellets than with any other hormone supplement—so I don’t hesitate to recommend them as my favorite way to go! 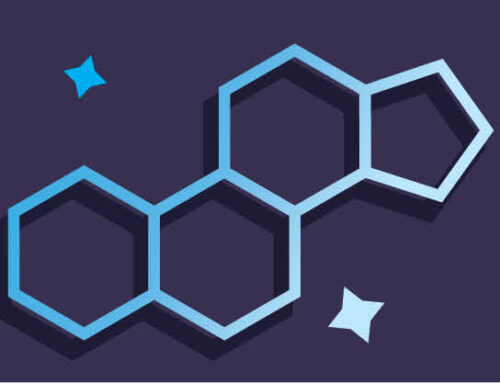